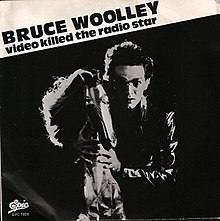 Since 1979, when the Buggles proclaimed “video killed the radio star” we’ve been told that radio is dead. Somehow, even in the era of hyper-targeted digital advertising, radio is still a top performer in the advertising world.

The truth of the matter is people simply aren’t ready to live in the digital-dominated world of the future. 90% of people in the United States can be reached with advertising. I know: “well I can specifically reach 100% of the people I want to with digital advertising”. Let’s break that down.

Yes, digital advertising can allow you to get hyper-targeted and critical of the exact numbers behind advertising. However, just because you can reach 100,000 impressions, how many of those are actually served when the viewer is paying attention? If your intention is to have advertising be seen that’s one thing. If you want to advertise that people actually notice and do something after having it get their attention, you might actually have better success with radio.

Don’t take this as ‘radio is the only way’. You can seriously flop with a radio campaign, just like you could with any investment. Maybe radio isn’t right for your industry. but don’t count it out until you’ve considered all the options.

The whole reason you want to advertise is to make your business grow, right? If you’ve only done digital advertising and your business isn’t growing, why wouldn’t you try something new?

Don’t count the red-headed stepchild of yesteryear advertising out just yet. If you’ve bought into the digital advertising world, take the time to at least understand the other options that are available to you.